On February 19, 1942, President Franklin D. Roosevelt signed Executive Order 9066,
the instrument that authorized the forced removal and incarceration of 120,000 Japanese Americans. Denied their civil liberties, they were held in camps operated by the War Relocation Authority. Between 1942 and 1944, some 33,000 individual contracts were issued for seasonal farm labor, with many working in the sugar beet industry.
This exhibit introduces their story.

The Oregon Cultural Heritage Commission has collected more than a dozen oral history interviews with those who lived in farm labor camps. This video features excerpts from these interviews, sharing first hand accounts of the Japanese American wartime experience and life in the labor camps.

“The Camp Without A Fence”

On February 28, the Oregon Nikkei Legacy Center hosted a program in Portland. Our curator, Morgen Young, presented a history of the Nyssa, Oregon farm labor camp, which in July 1942 became known as “the camp without a fence,” thanks …

“In May, when the thinning and blocking of sugar beets took place, we left and went to Twin Falls farm labor camp.” 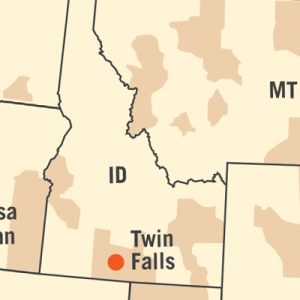